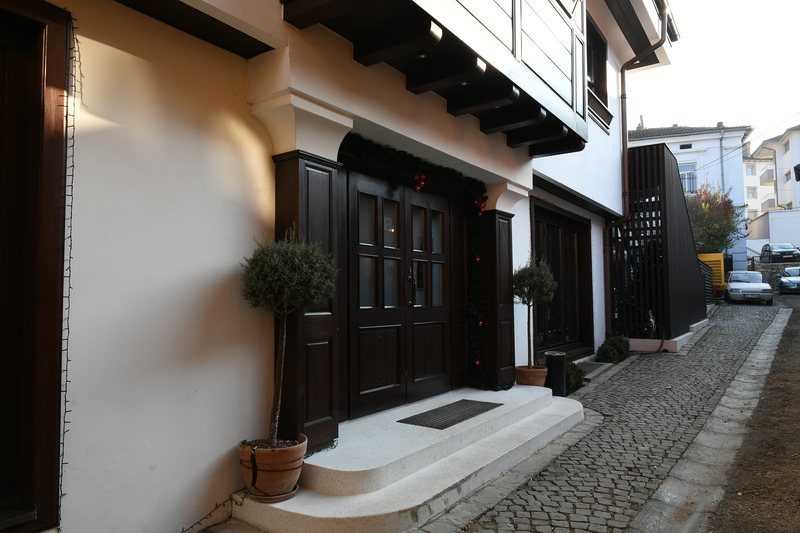 Because of the quiet season in January, the Prizren Free Walking tours were not running. However after a Facebook message, Erdis was happy to run the tour for 4 of us (https://www.facebook.com/FreeWalkingTourPrizren/). At the end of this, he asked what our budget was (I said €5pp - although probably could have been a lot less given the cost of living there) and he recommended lunch for us at Tiffany. I originally had Te Syla, Besimi Beska or Marashi on the list, but given there's little information generally for Prizren and Kosovo, I was happy to try a local recommendation. (Looking at TA now, Tiffany does come in at #2 so maybe it isn't so hidden after all. The other 3 places are 4, 3, 1 respectively).

I was a bit skeptical initially from the white table service, the unmarked door and the booking.com (high) rating noted. But hey, we were here and so be it.

Turkish bread was served initially piping hot and soft, with two cheese dips. The dips were a bit too strong in the liquified cheese form, similar to the dips from Le Snack. But the bread with grassy EVOO was a great start.

I really enjoyed the whole meal, in particular the mantia. It makes me wish we had stayed in Kosovo longer to try these dishes more. Given the similarities in culture (since the people are mostly ethnically Albanian), it reminded me of the food delights awaiting us in Tirana.