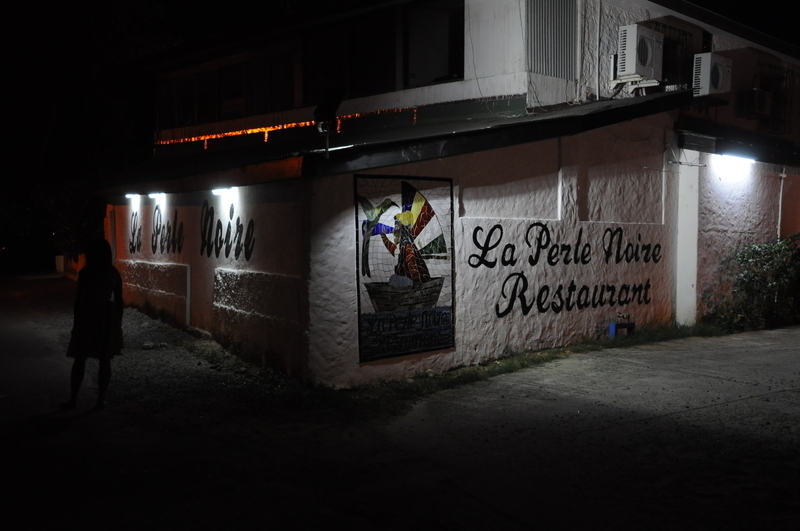 There isn't much finer dining choice around Beau Vallon (perhaps not so much around Mahe itself). When the Tripadvisor #1 coincides with being down a couple of streets from where you stay, and the old Frenchman tells you that they have the best food on the island you feel compelled to try it.

The restaurant doesn't look much during the day (it isn't open during this time). An empty carpark that looks like somewhere kids would hang out with their Commodores, a white walled building and a walkway to the entrance on the other side. But at night, the lights give it a smoother atmosphere, coupled with the fact it's on a relatively major road to and from the beach, and couples and locals wander in the barmy evening off into the darkness.

The staff are welcoming here. Reservations are necessary. The menu is noticeably more expensive and more catered to outsiders than everything else around. It's a mix of international/seafood/Creole with touches of Italian/French. One of the few times I was silly enough to forget a photo of the menu. A good amount of the seafood is local

Everything was nice without being exceptional. You can go here for a nice date night and something different from the rest of town. Honestly there probably isn't that much around Beau Vallon to pick from if you were staying for a while without cooking facilities. I personally would prefer the market local food or buying freshly caught fish, but once in a while it's a relaxing change. 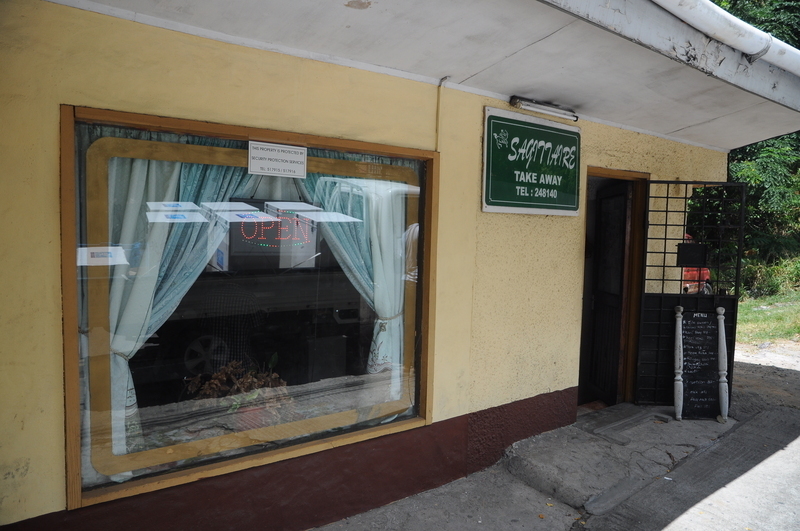 Whilst training for the PADI open water course, each midday was a hungry affair as a result of a tiring (and early) set of mornings.


The staff at the Underwater Centre: Dive Seychelles made daily trips to Sagittaire for lunch - a local cafeteria-style takeaway that cooks fantastic French-Creole dishes for around AUD5. The dishes vary from kari beef, spare ribs, pork and vegetables, sweet chilli chicken and an excellent but spicy fish salad. You can select one or two main dishes to be served with rice, sauce and chilli topped cabbage.

What was more fantastic was the fried banana cake. Although not available every day, the sweet soft rich heavenly taste of overripe bananas was seductive. On healthier days Sagittaire offered a baked version which was less sweet and moist, but still an adequate replacement. 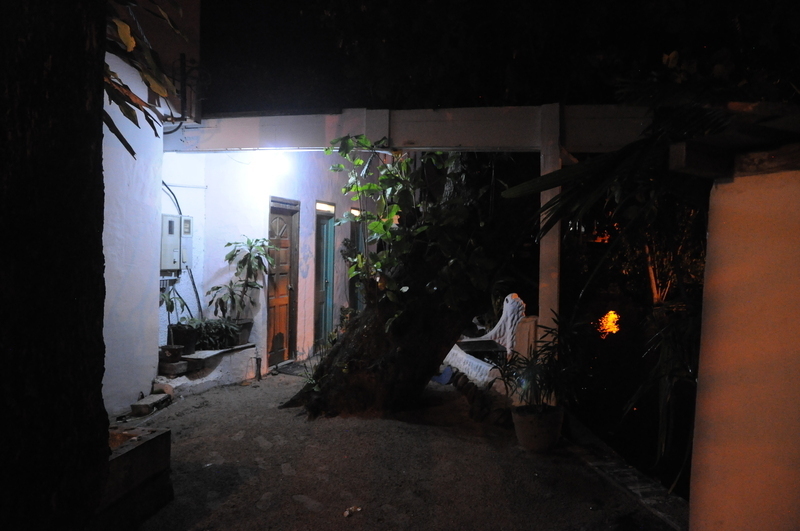 You wouldn't ordinarily expect to eat pizza in Seychelles. Occasionally laziness slips through and your guard is let down.

After arriving into the accommodation at Beau Vallon, the host graciously drove us around the area to point out the roads to the beaches, shops, restaurants. With a dining area that is glorious for facing onto the beach, and also having some nice nonchalant diner-style charm, Baobab was explained to be the best pizzeria on the island and the only one having a true wood-fire pizza oven.

A late evening trek to the outdoor seating surrounded by beach, plants/trees and water on one side was surprisingly free of insects and mosquitoes. Perhaps my 50% DEET played a role, but no diners seemed bothered.

Being an island, my goal was to eat as much seafood (hopefully) local as possible. Unfortunately the limited menu only featured prawns and smoked fish as seafood items for pizza, and both were not available. Great. I instead settled for Proscuitto & Funghi SCR120 which featured some ham, a lack of detected mushrooms, and thick layer of molten cheese and tomato mix. The base had crisp edges and a soft folding core although could have used a more salt in the dough recipe.

A special of the day was Fried Calamari SCR150 which had a nice salty batter and some decent (imported) squid underneath.

Overall the meal was fine. Nothing special, but a good adequate Italian meal.

Next time I would order the Baobab Special pizza (with prawns) if available. The place is near Boat House buffet, which has a mixed review of local seafood and grilled meat dishes. If the thought of pizza won't fill your belly, try the nightly buffet instead.