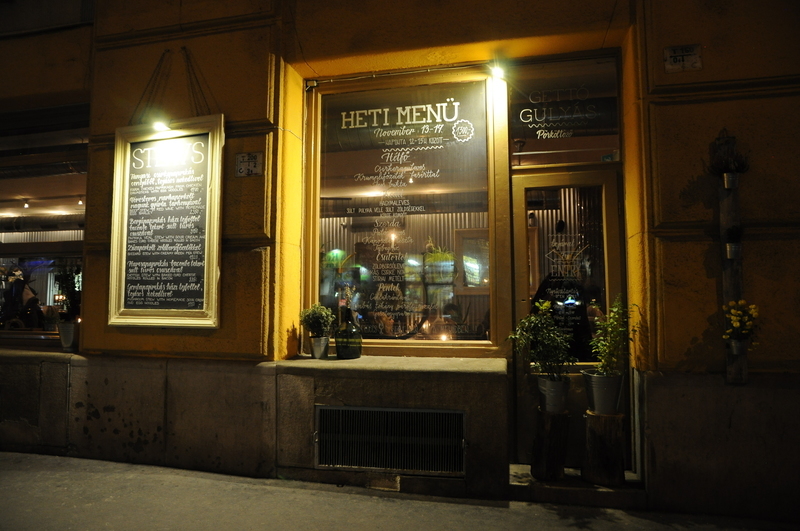 Just as my partner pointed out to me that it's unlikely I'm the first to say "I'm hungry in Hungary", it's equally unlikely I'm the first to search for "best goulash in Budapest". I'm sure every English speaking person has read the same websites as me to determine where to go. To save everyone and myself again next time the search (although perhaps there will be new runners by then), there were 3 options for me depending upon budget, availability and location. Stand25 is the most expensive and run by award winning star chefs and even though the lunch or dinner set menus seem affordable, there's an extra supplement for almost every single course on it. I can't be bothered to have to deal with that. Bestia had a slightly more outer location but near a gelato place (Gelarto Rosa) I wanted to try but didn't get the chance. Gulyas had overall multisource excellent reviews and location in the Jewish area near Szimpla Kert with the most concerning feature being getting a seat especially as we were going on Saturday night.

The venue has also the cheapest goulash of the well known places and also a reputation for stews.

By luck we snagged the last 2 seats at the countertop, with all the tables being occupied or booked. Straight after us a few other stragglers were turned away, so can't be unhappy about that.

The staff were all very friendly and lovely.

- Bread with sardine, paprika spread and Spanish onions - delicious fishy spread to start the meal;
- Hungarian goulash 'Alfoldi' style 1100HUF - a vastly different beast to the canned version I had growing up. Lovely tender beef pieces flavoured the stock with warming paprika and soft vegetables. Exceptional;
- Farm chicken paprikash from chicken drumsticks with egg noodles 1970HUF - I partially chose this because it's the traditional version, because venison or lamb may be similar to my beef from the soup, and also it was much cheaper than the others. It was a small piece of chicken breast, definitely not drumstick which was ok, and served with a savoury sauce and scrambled egg into firm chunks;
- Catfish stew with baked curd cheese noodles rolled in bacon 3350HUF - reasonably cooked fish with mild cheese wrapped in fatty bacon.

The stews were very different to expected. For one, stew usually means more liquid like a thick soup (to me anyway). Although the mains were smaller than anticipated, with the complimentary bread and a slow pace of digesting it turned out to be very filling in the end.

I'd definitely go back for the goulash. Next time I would still order a stew but probably the lamb paprikash or venison stew. 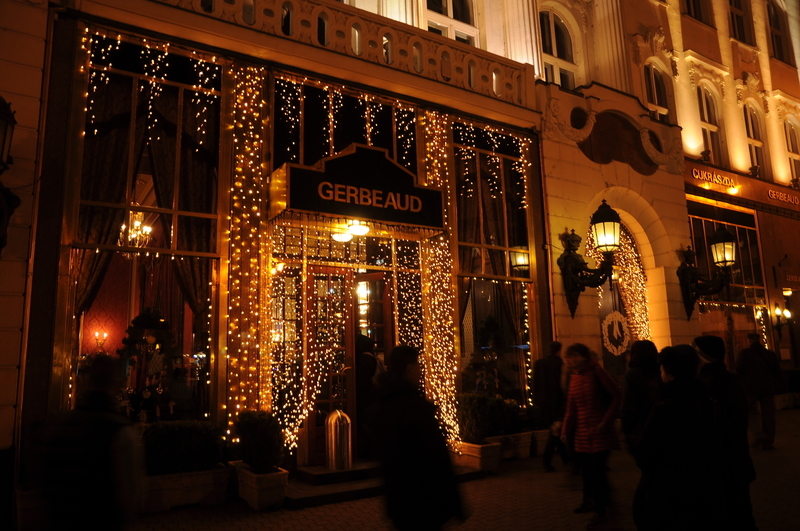 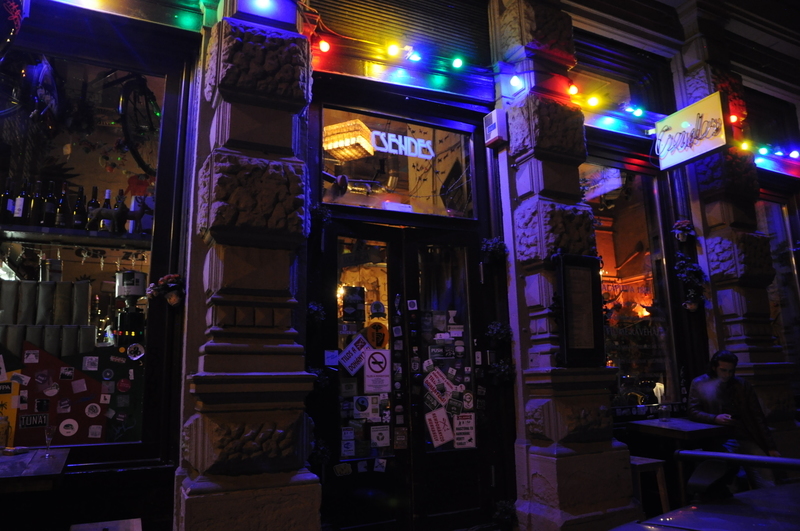 After failing to enter Szimpla Kert on Friday night and taking a leisurely stroll through the premises on Saturday morning (http://eatlikeushi.posthaven.com/szimpla-kert-budapest-11-2017), the advice from a tour guide overheard there was to go to a different more local and quieter ruin bar in the evening.

I read about a few ones online and liked the sound of Csendes. Somewhere to drink, chat and play boardgames. Unfortunately they didn't have any board games but they did have a DJ playing very old tracks off vinyl one after the other (not DJing as such), a good atmosphere of what seemed like mostly foreign non-English language and some good drinks.

As with the other ruin bars the walls are covered in random junk including encouragement (I assume) to add your mark to the walls.

If I'm ever back in the city with friends for drinks, this will be on the list. 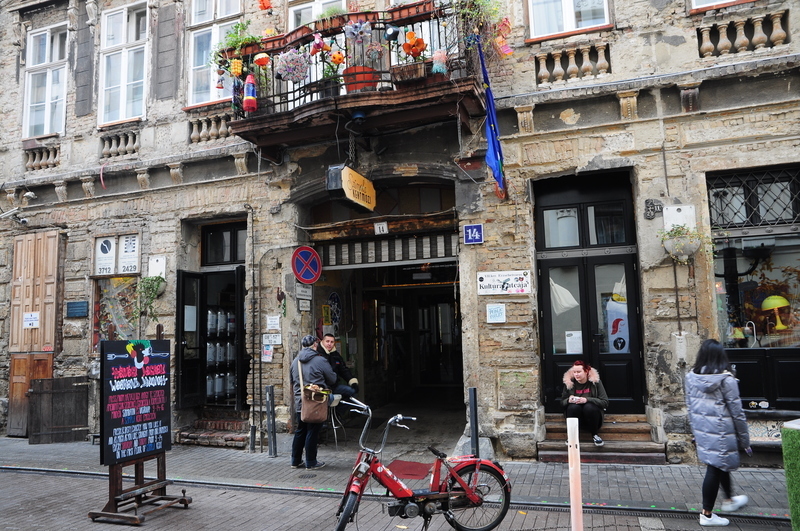 Szimpla Kert is *the* ruin bar to visit as a tourist. It's the original and the decor is so very eclectic and interesting. I obviously only saw one other ruin bar to compare with but people who know best online have agreed it such. It's the place to be when you want to hear English and as a result the difficulty and competition to get in during the evening with the drunk young crowd is really only if you want to be one too. And likely sweat amongst them also. I don't doubt the atmosphere is fun though.

A recommended way for the less imposing is to visit easily during the day when everything is quiet and subdued. There is a very nice looking farmer's weekend brunch buffet that I would have liked to try and otherwise coffees and housemade lemonades to choose from.

I think I preferred it this way and finding another quieter ruin to peacefully drink and chat in the evening (which ended up being Csendes http://eatlikeushi.posthaven.com/csendes-budapest-11-2017). 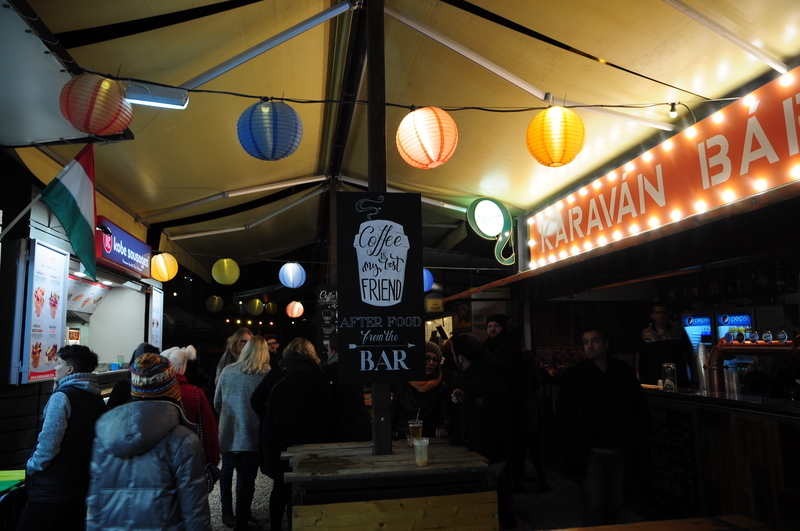 After arriving and finding most things closed or closing, we thought we'd try our luck getting into Szimpla Kert. On a Friday night at 2330pm I didn't realise how ridiculous that sounds even in cold and slightly rainy November. Luckily and coincidentally there is a collection of food vans next to it with some broken heaters (not so lucky), warm mulled cider and decent food.

I wanted to try langos and found the modern take in the form of a burger 1450HUF. The guy didn't have ANY change and so I ended up overpaying by 150HUF for the version with grilled paprika, rocket and sheep cheese. The langos bread is deepfried dough without much seasoning. It takes like deepfried dough and a much milder (which is fine) version than the Chinese donut. The beef was meant to be medium (at the guy's suggestion) but was thin and cooked more. Nonetheless it was juicy and tasted very good with dripping juices mixing with the vegetables.

The chimney cake 1300HUF seen ubiquitously in the city was a big log of dough turned over charcoal then sprinkled with sugar, in my case coconut sugar. It's quite firm and chewy when hot and becomes much more dense when it cools. It's expensive and huge and I wouldn't get it again.

There's also pizza and other burgers to pick from. Next time I would go for the langos burger again or the standard langos pizza (and make sure I get exact change!!) 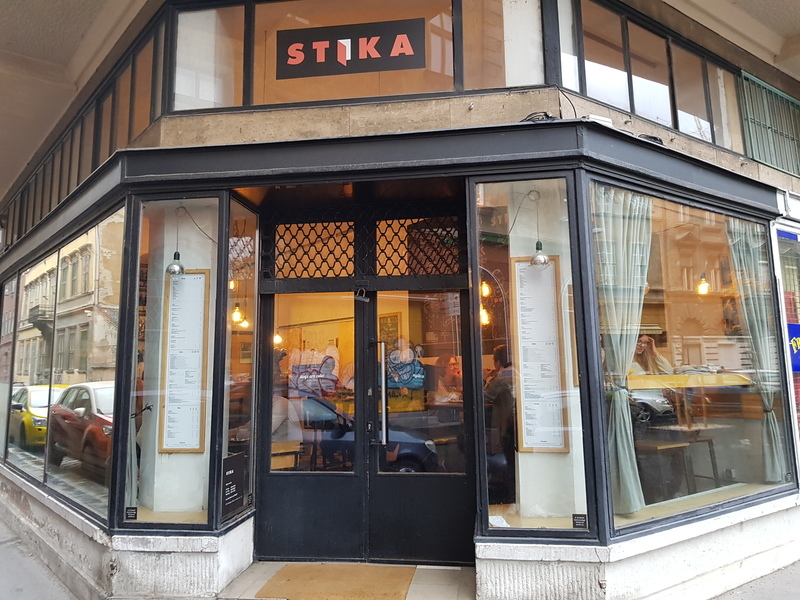