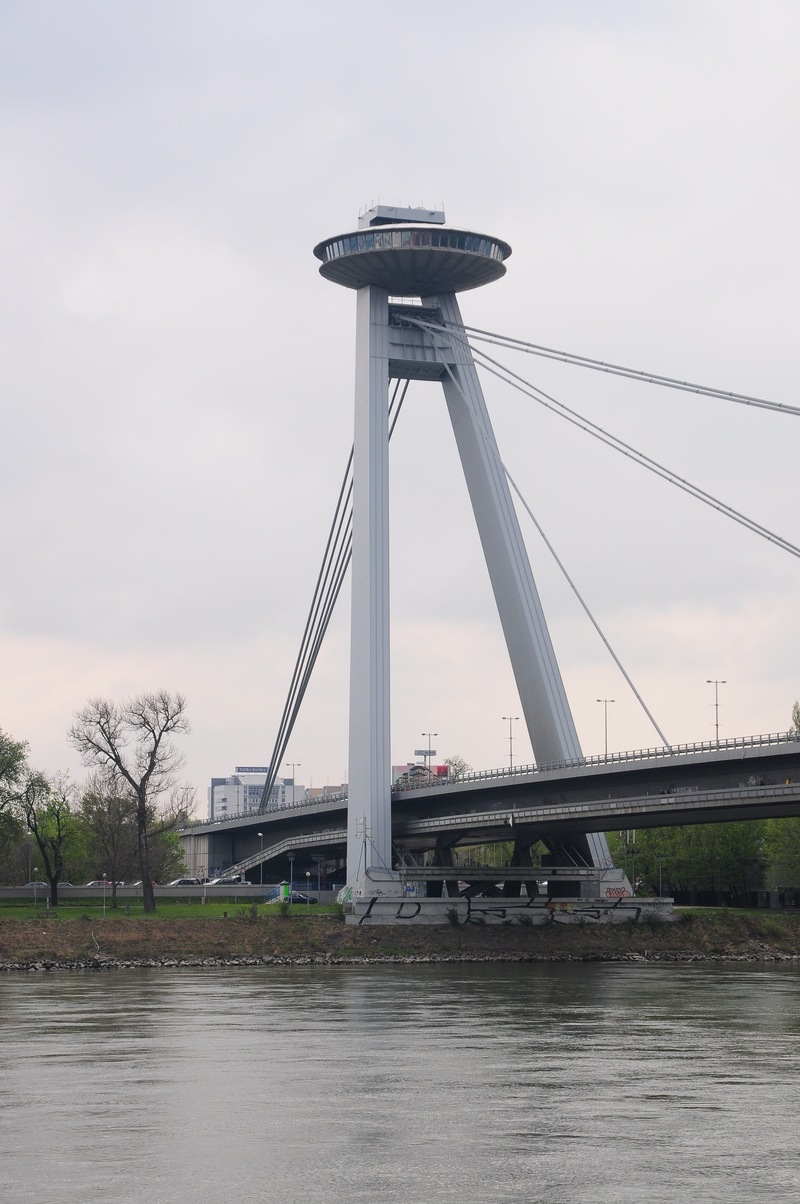 One of the main attractions of Bratislava is the quite unattractive bridge (Novy Most) on which sits an equally out-of-place looking spaceship. Hence the name UFO seems appropriate. Despite the ugly exterior, reviews suggested the food is relatively nice fusion and the degustation menu was good value.

I didn't have enough time to enjoy the degustation, but the menu, views and cold weather outside was enough to convince me to go in. The interior is very nice - white table service, modern clear chairs and a surrounding shelving with cushions and books. Then mere centimetres more is the expanse of space, the view over the Danube River and the prominent (but also quite ugly) Castle.

The menu is fusion with strong elements of European, Western and Asian jumbled together. Some dishes seem disjointed like this, but for me it's intriguing. As I wasn't looking for a full meal (that was to come after at the pub), I settled on an entree and two soups.

Considering this is Bratislava, the prices are remarkably high. Obviously you are paying for the setting, the view (including in the toilet), fusion food and ingredients and overall the privilege of being there. 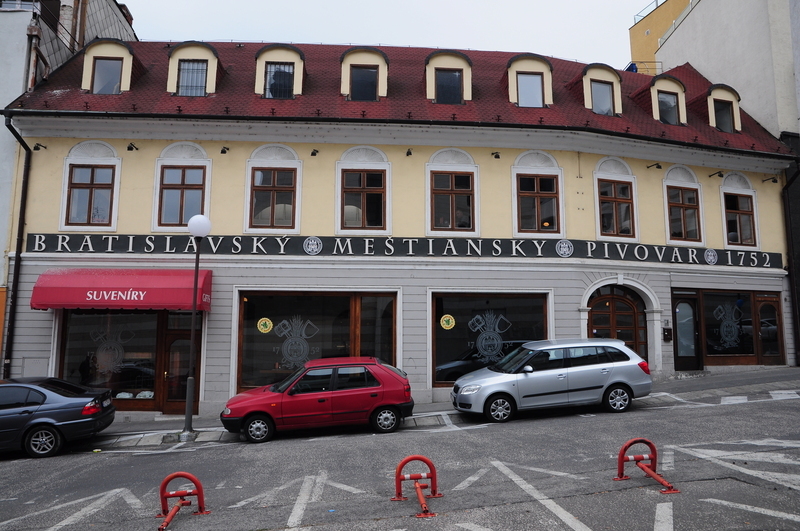 Soon after the light meal at the UFO, it was nearly time to board the bus to the airport. Given there wasn't much I had pencilled in to do in Bratislava, the remaining time meant I could squeeze in one more meal for the road.

This place with the incredibly long name had a reputation (as limited as it is for Bratislava online) as a cheap pub with good local food. Considering it was enroute to the bus stop, it proved a convenient last encounter with Slovakia. The setting is a nice friendly pub, with English-speaking staff (serving me anyway) who was helpful in recommending local food and drinks to enhance the experience.

- Cesnakova Kremova v Bosniaku (garlic creamy soup in "bosniak" bread) - not quite the same experience as Boudin's chowder in San Francisco, but the soup was reasonable. The bread was chewy and a little tough, so I couldn't bring myself to finish it;
- Bryndzove Halusky (potato dough dumplings in sheep cheese topped with bacon) - extremely heavy and thick 300g serve of carbohydrates, cheese and bacon. Think of a thick carbonara with extra density. It was nice but I could only muster half of it before it got the better of me;
- Apple strudel with cherries, ice cream, cream and sauce - filling, simple, not overly sweet and nice.

I'd happy come back here ideally with more people to enjoy the atmosphere and food for longer. As the website has limited English and no menu, I took a few extra photos to help out.