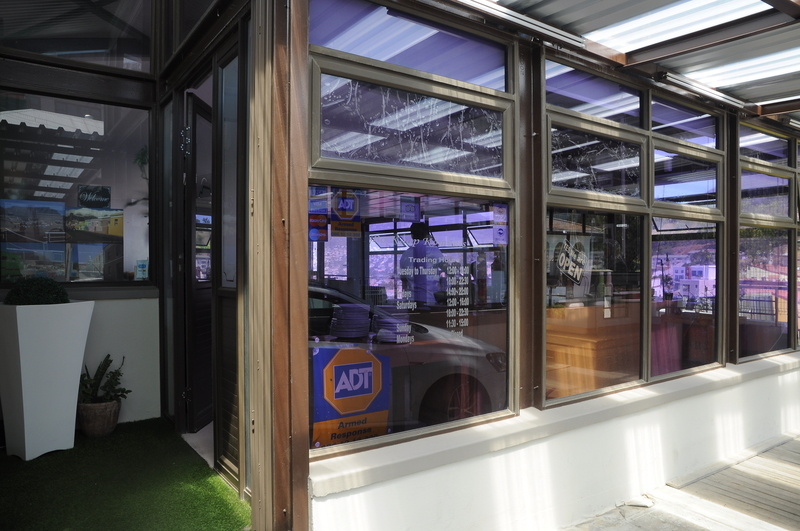 Cape Malay is supposedly the local version of Malaysia/Indonesia type food, full with breads and curries and the rest. I had read it was similar but just less spicy and so before a walking tour in Bo Kaap was a good time to try it. It really is up the end of a steep long road up the top of Bo Kaap and sits above a primary school where the children run and scream like mad. At least they are having fun.

Unfortunately they had a buffet and not the a la carte. Hmm. Oh well.

The roti was alright, bobotie was a slightly too salty version of mince lasagne without the pasta, tomato breddie was probably the best of all the dishes as a mildly beef curry cooked until the tomatoes turned dark. Chicken curry, lentils, dhal and butter bean curry were all ok. Nothing chilli at all, and not all that special overall in terms of flavour.

R200 for some starter snacks (all a bit average and not hot) and a very sweet *** to finish. Although the *** sounds good on paper, it wasn’t anywhere near as soft of easy to eat as a donut, being rather thick and heavy. The syrup and coconut didn’t complement as well as they really should.

It suppose it was both good and bad the buffet was on – buffets aren’t really my thing (I can’t eat that much comfortably anymore) and I couldn’t choose what I wanted but I guess also meant I could try a few different dishes.

Indeed it did seem a bit like the plainer cousins of the pure Asian forms. At least I’ve tried it.