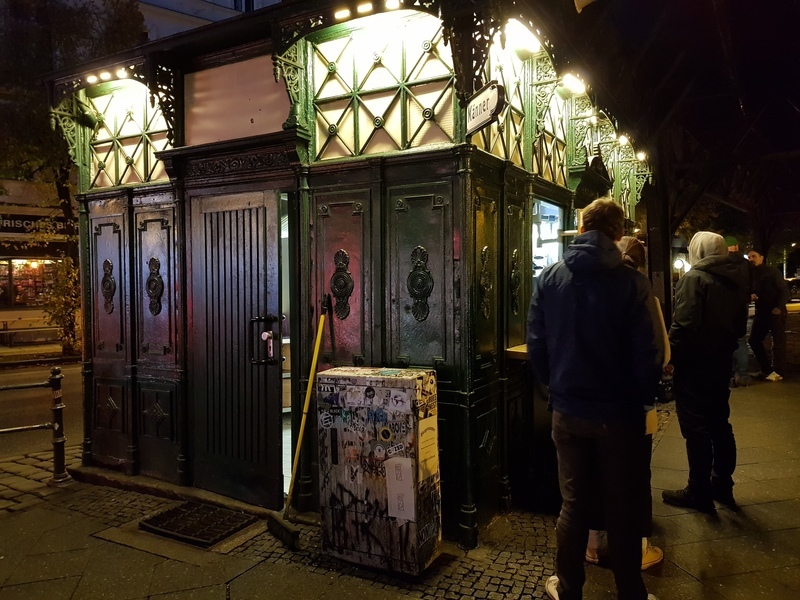 Before going to the airport, I had time for one final meal. I had walked along the art of the Berlin Wall and it was only a short walk across the river and through a park filled with lots of young males to get there.

The burger place is known for the odd location - an old public toilet block under a road and enclosed by two others. It is known for queues also, but assumably at 7.30pm on a Tuesday, there isn't as much drunk traffic through there.

At the recommendation of Berlin Food Stories, I ordered the Meisterburger €5.3 and also my own choice of chili-cheese fries €4.1. I thought both were good, but neither was fantastic. The patty was cooked through but still soft and charred for flavour. There wasn't much seasoning. The fries in particular were on the expensive side, with no flavour on the meat, weak jalapenos and the gross American-style liquid cheese really isn't to my taste and thick and gluggy. I suppose I just like better quality ingredients overall.

I'm glad I've tried it, but no need to go back. Not sober at least.