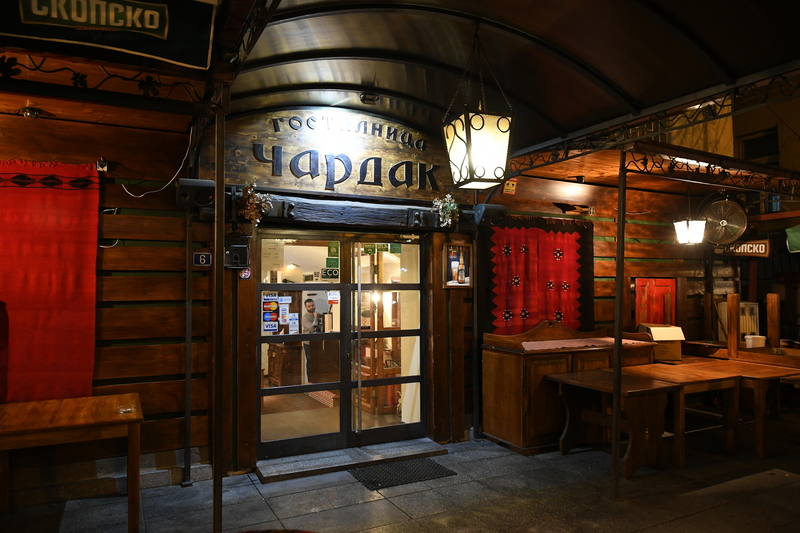 The area around Bohemian Street is full of lively restaurants (well, less lively on Sunday in winter) but there's plenty around and lots of lights giving atmosphere to the region. I can only imagine what it would be like in summer. Our Airbnb host had recommended finding something and that area and coincidence would mean that Cardak was already on my list. Gostilnica Dukat was also semi-closeby and is rated TA #2, but didn't make it there.

That evening our waiter was very impressive, chatting and joking with us, and also mentioning that a group in the next (smokers) room singing and playing instruments had been in the restaurant for 10 hours already...

A very good meal for me, a great meal for the rest of the family. 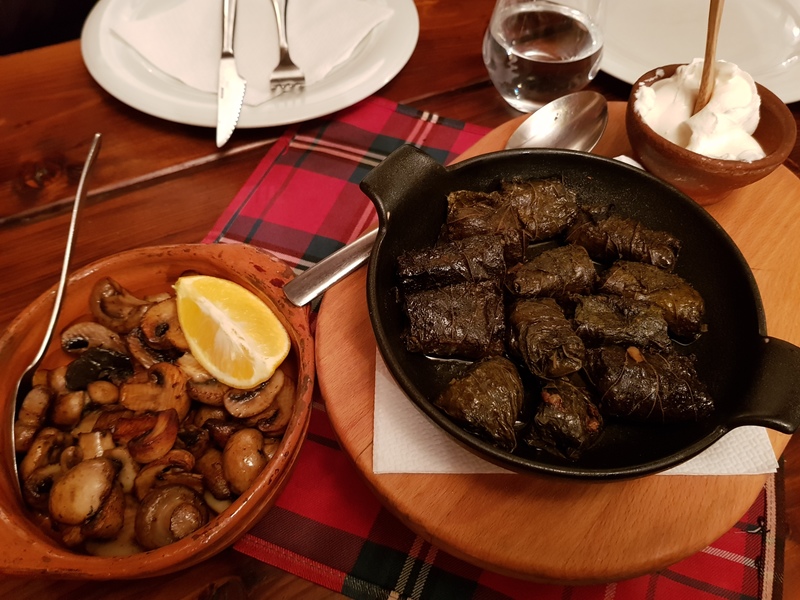 We even ended up going back a couple of nights later. This time was a different waiter, also friendly but less skilful English made it a bit harder.

- Sarma (vine leaves with rice & meat) - very good with nice mince. I think the cabbage one was better overall (and cheaper);
- Grilled fresh mushrooms 140 den - standard and nice;
- Claypot Cardak (veal, chicken, pork, button mushrooms, oyster mushrooms, zucchini, pepper, tomato, onion) 600 den - a mix of meats in a meat-flavoured broth which was too salty and had a strong base, like ham. Some of the meat pieces were thin and had been cooked into disintegrating slightly. It really felt like too much leftovers put together;
- Pie with leeks - this time the dough was a bit doughy and a bit undercooked i think. Flavour still good.

Not the same experience as the first time. Still an ok meal though overall.