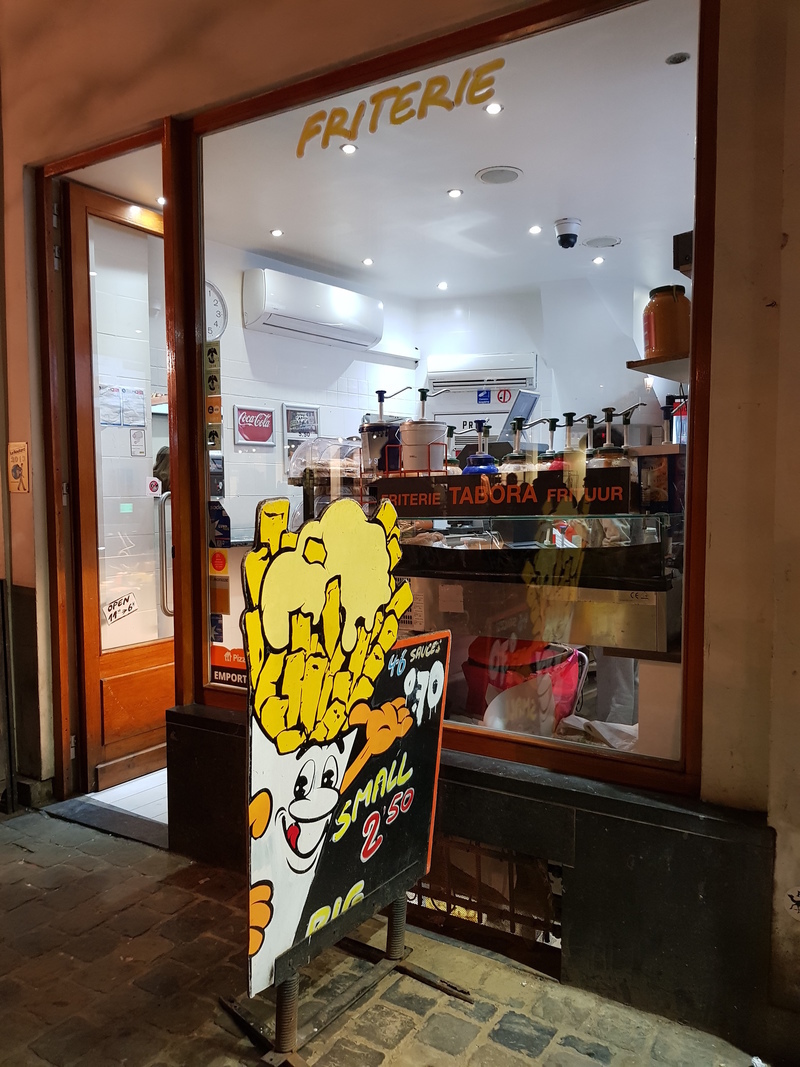 I do remember trying out several friteries and carts in Brussels, Ghent and Bruges. And I do remember that none of them particularly wowed me and I couldn't see what the fuss was about. 6 and 11 years later I thought it was reasonable to try again and see - perhaps my tastes or standards had changed?

There's quite a few carts that are reputed but none of them are that close to central Brussels and I didn't want it anywhere near enough to walk a long distance or take transport. Within the central region Tabora and Fritland are convenient and supposedly good options. In the end I went for Tabora because I read a review from someone who lived in Brussels that their product was a lot more consistent.

At 9pm on a Wednesday I wandered into the tiny space and ordered a medium cone without sauce €3. It was plenty for 1, and the large mound of cut fresh potatoes sat above the fryer with the thousands/millions of fries that would have been cooked in there (not sure how often they change the oil/fat). What is well known in Belgium is frying in beef fat which adds a new flavour element. And indeed these fries were piping hot, crisp outside and soft slightly disintegrate-y insides with a distinct but mild beefy flavour.

It's definitely better than I remember last time and I think it's worth a once-in-a-trip visit, particularly late on a cold night after some alcohol. The small will be suffice for me too.