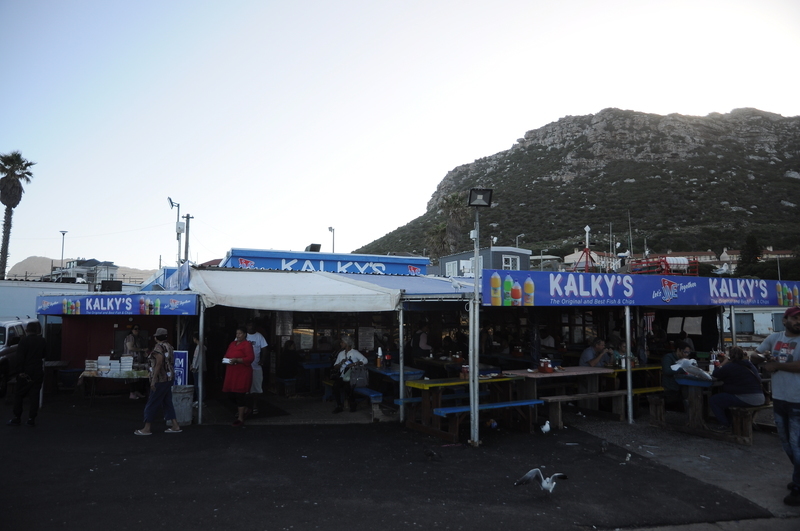 After an afternoon admiring and dipping quickly with the penguins at Boulder’s Bay, a pre-sunset meal at Kalkies was one I had read about. Why was it so famous? Maybe because it has a local institutional feel about it in a shack along the pier next to where the fisherman sell their goods and the seals lounge or swim.

It would be a beautiful spot for a sunset meal, but we weren’t going to wait 2 hours just for that to happen.

- Grilled kob & chips R150 - a meaty thick cutlet grilled and chopped up with nice full flavour, but not in a strong fish taste way. The chips were generally ok, some crisp, some not. For a fish & chip place, they should do this better;

- Fried snoek R50 - mild flavour and more firm than soft, but the flesh was really good and had unusually long longitudinal bones running through. Unusual.

I actually liked the grilled fish more which was unexpected. It also took much much longer to cook - about 20mins whereas the fried ones were being churned out continuously.

Overall it is a really popular place and brimming with people. It has a nice atmosphere and is pleasant to watch the beach and ocean if you can bare the winds. The food is decent without being exceptional.