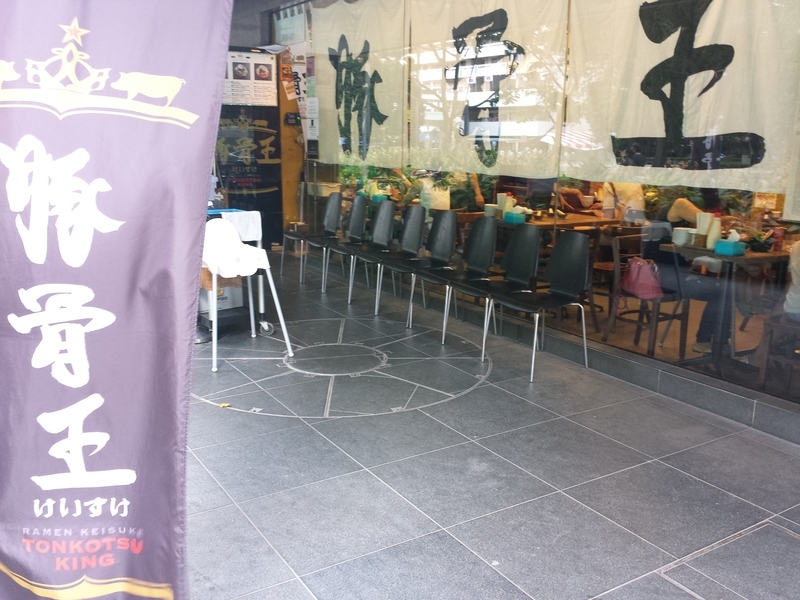 I wanted to go the Lobster Ramen branch in Clarke Quay but it's only open from 6pm-5am which didn't suit me on this visit. Luckily during the day I went past the Tonkotsu King branch and for a tiny place that usually has lines, the crowds were probably kept away by the mild rain.

You order on paper before walking in and perhaps turning this into the more traditional Japanese vending machine method might be fun.

This branch specialises in tonkotsu and you can choose how strong you want it. I had a Black Spicy Tonkotsu with strong flavour and normal noodles. The broth had good flavour (I could go stronger and thicker) but the black garlic wasn't potent enough for me. The meat texture also wasn't that soft (probably a reflection on the local quality) compared to what I've been having in Australia. The noodles could have used a little more thickness or chewiness too. But it was still a satisfying bowl, made better by the Japanese tradition of unlimited hardboiled eggs (not marinated - you pay for those) and the hipster mortar & pestle to crush your own sesame seeds and the marinated beanshoots which were very nice.

Not the best I've had but still good and hit the spot.