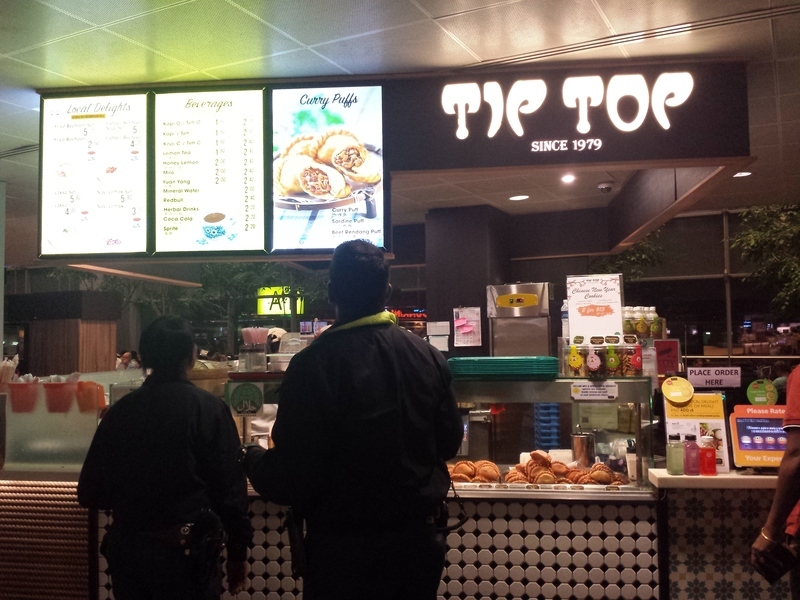 A 2 hour stopover in T3 Changi Airport left just enough time to get a relaxed paced meal. I'd eaten all of my economy class meal so I wasn't overly hungry. Therefore a SGD4.8 bowl of laksa caught my eye - enough but not too much. I didn't realise they were also well known for curry puffs and ordered two of the three available (curry, beef rendang but not sardine).

The laksa soup was very mild in flavour, too mild for what is supposed to be pungent and spiced. The fish cake within it seemed to have a lot of flavour absorbed into it though. They ran out of egg noodles and the thick rice noodles were ok.

The curry puffs were much better. Although the pastry wasn't overly crisp (they had been pre-fried then left in a warmer), the curry filling with a boiled egg and the other with a nice beef rendang made them some of the nicest I've eaten.